As an avid Rugby Union fan and Wales supporter I have been watching the current Six Nations with great interest. Apart from the wonderful qualities of teamwork, dedication, tenacity, resilience and skill shown by these teams, I am particularly taken by the values of respect, self-respect and authenticity demonstrated by Nigel Owens MBE, arguably the world’s leading referee.

It’s well known that, in May 2007, Owens publicly came out as gay in an interview with Wales on Sunday, saying “It's such a big taboo to be gay in my line of work, I had to think very hard about it because I didn't want to jeopardise my career. Coming out was very difficult and I tried to live with who I really was for years. I knew I was 'different' from my late teens, but I was just living a lie.”  What is striking, in my view, is that for many years he had seemingly sacrificed his self-respect and authenticity to meet the requirements (perceived or otherwise) of his career.

As a recruitment consultant and career coach, I frequently work with people who, for valid reasons such as family commitments, parent or peer-pleasing or ‘fitting in’, are living a lie. Not necessarily about their sexual orientation, although it is one of the most fundamental senses of ‘self’, but often about their role, their workplace colleagues, the company culture and what is required of them in order to meet their targets, deliver their number, achieve progression, remain employed.

Likewise, I frequently work with clients seeking to employ people who ‘get’ their vision, understand their dream, whose values align with the values of the organization and leadership. Seeking to hire applicants who have a genuine interest in their offering, solution or objective which translates into passion, enthusiasm, teamwork, dedication, tenacity and resilience. Hiring the right cultural values is often the difference between commercial mediocrity and high staff turnover, and soaring above expectation and truly living the dream.

If you’d like to work with an enlightened recruitment consultant who places as much importance on the values, culture and aspirations of the company as those of the applicant, and not the invoice, I’d be delighted to talk to you. You can phone me on 07917 361698 or contact me via LinkedIn : http://uk.linkedin.com/in/amandafizz 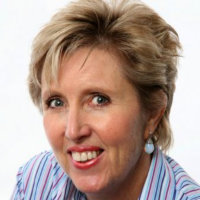 I know it’s hard to choose a recruitment partner in whom to entrust your search, so we aim to make it really simple